Sayana Mongush – born  in Russia, Republic of Tuva,  journalist and photographer working for the local Siberian as well as Russian Federal media. In 2000-2009 she had worked at the Press office of the local Tuvan Parliament and govenment. Sayana Mongush covers mostly the civil- and human-right-issues.

She lives and works in Kyzyl, the capital of Republic of Tuva (Russia). In 2012 she was graduated Alexander Rodchenko Moscow School of Photography and Multimedia.

Trainee course to protect the rights of indigenous peoples to the High Commissioner for Human Rights United Nations (Geneva), 2013.

Sayana Mongush took a part at TURSKSOY, the  the workshpos and exhibitions for Turkish-speaking photogrphers in Istanbul, Ankara and Baku.

Sayana Mongush is the only professional Tyvan journalist with the background in photography. She’ve got her degree in photography in 2012 from the well known Moscow House of Photography headed by prominent Olga Sviblova. Been working as a journalist in Tyva for more than seventeen years by now, Sayana has a first hand experience of current life of unknown, sacred land of Tyva, her home land and the only region of Russia where historically Turkic origin people practicing Tibetan Buddhism, Christianity and Shamanism.

Sayana did her diploma project in Moscow House of Photography in a class of Documentary Photography I was heading last year. Her project was entitled ‘Shaman Office’ and dedicated to the dramatic history and inquisitive modernity of Tyva shamans.

Afterwards The Moscow House of Photography has purchased the rights for Sayana’s ‘Shaman Office’ which I consider as an exceptional and remarkable achievement for the student work. ‘Shaman Office’ now became to be an integral part of the exhibition organized by the Multimedia Art Museum together with The Moscow House of Photography in Kunst im Tunnel / Kunsthalle Düsseldorf (Germany).

I am sure with your kind support Sayana will continue to study and explore the unique features of extraordinary religious practices in nowadays Tyva for the benefit of her audience not only in Tyva but in bigger Russia. I am also sure that her works will contribute to the better understanding for wider public the unique and still unknown part of Asian Russia, the land, faith and the people of Tyva. 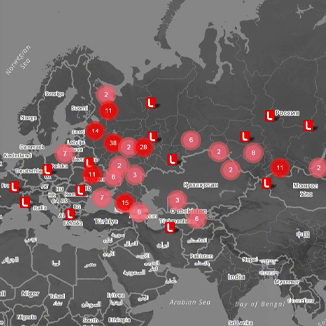